By mountainah December 18, 2015 Uncategorized
No Comments

A sixth raccoon has tested positive for Rabies in the Hamilton area.  The raccoon was found near where a previously positive raccoon was picked up off Dickenson Raod ealier this month.  The Ministry of Natural Resources released a map showing high and low density Rabies vaccine baiting areas.  The map, published in the Hamilton Spectator on December 18, 2015 is shown below: 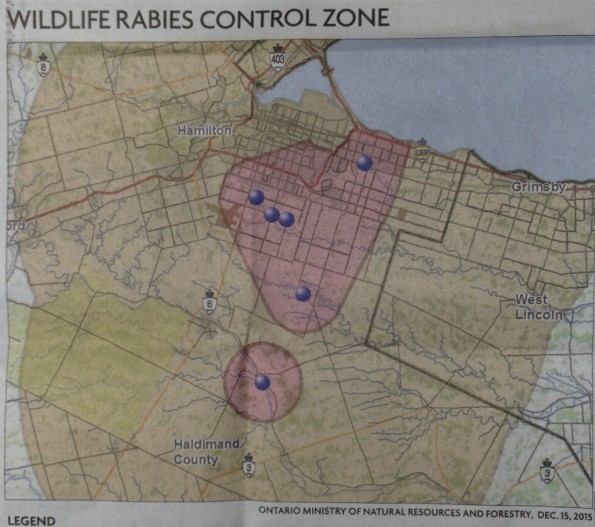 The strain of Rabies is known as the South Atlantic/Florida strain.  Ministry officials have been trying to keep the disease out of Ontario by using bait near the border, among other measures.  Since the strain has been recently identified in Ontario again, baiting will continue at least until of the year.

We are closed on statutory holidays.

We are happy to book an appointment for you. Once we receive you request, we will contact you to confirm a date and time that is as close to your request as possible.

Call the clinic directly if the appointment is for an ill or injured pet.